A woman on the edge. A butcher’s taunts. When he invades her psyche, will she become his final victim?
San Diego, California. Jill Jacobs is broken. Devastated after her failure to catch a serial killer resulted in the death of a cop, the former Seattle detective drinks away the pain. But when the elusive murderer goes to work in her new city, she renews her passion to bring him to justice after he leaves a sinister calling card at her door…

Teaming with Detectives Daniels and Remalla to solve the grisly crimes, Jill despises the psychic connection that allows her to experience the horror through the depraved psychopath’s eyes. And as the killer stays one step ahead of their investigation, she fears losing her last shreds of sanity when she realizes he craves having her in his head.

Will Jill’s strange link to a madman plunge her into eternal blackness, or will she find the strength to confront her demons and bring a serial killer to justice? 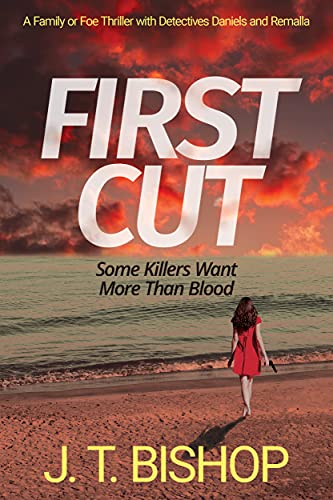