When Ava is snatched from the hands of violent agitators by the ominous man who has been stalking her, she fears her fate may be worse than death.

Trouble seems to follow Ava wherever she goes. The onset of the Second American Civil War should be no different. Caught in a vicious protest, she’ll have to do the unthinkable to stay alive.

Life only gets more difficult for Ava when she spots a sinister figure watching her every move. Who is the strange man with the scar on his face and what does he want from Ava?

The tentacles of the deep state have infiltrated every facet of American culture. The public education system, entertainment industry, and mainstream media have all been hijacked by a shadow government intent on fomenting a communist revolution in the United States. The antagonistic message of this agenda has poisoned the minds of America’s youth who are convinced that capitalism and conservatism are responsible for all the ills of the world. Violent protest and widespread destruction will bring America to her knees. The war threatens to decapitate the laws, principles, and values on which the country was founded. 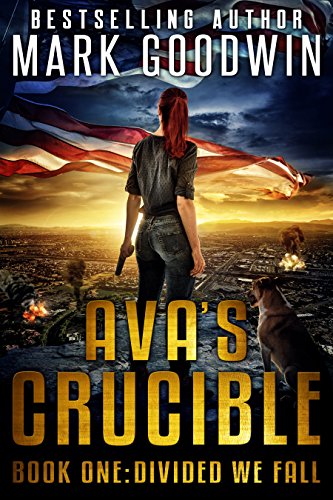