What if the government claimed that terrorists were using your startup? Would you happily hand over the keys to your kingdom without a second thought? Or would you defend your customer’s privacy no matter the cost?

David Alexander always dreamed of starting a company. But when his startup takes off, it doesn’t turn out the way he hoped. Money disappears. Friendships are tested. And that’s just the beginning.

David’s thrown into this world and his adventures spiral him into a dark hole of terrorist plots, government espionage, and classified information. It turns into more of a nightmare than a dream.

One wrong decision could put the country in jeopardy, collapse David’s company, or even cost him his life.

THE TERM SHEET is a fast-paced technothriller about entrepreneurship, startups, encryption, and the delicate balance between national security and individual privacy. Its complex characters explore thought-provoking questions about the role of technology in an ever-changing society. Step into the high-stakes game played by today’s technology innovators, who push the envelope and risk it all. Get ready; this thrilling book gives you a taste of what startups are really like.

David Alexander, a young programmer in Portland, Oregon, loathed his job. Computer programming had always come naturally, but being an employee never suited him. So he tried entrepreneurship instead.

After making a series of embarrassing blunders, David finally hit on a startup idea that stuck: encrypted chat. Sure there were alternatives, but as Edward Snowden has shown us, most of them (willingly or unwillingly) have backdoors for spies and bad guys.

A new approach made David’s app one of the most secure options out there, which caught the attention of many people, including Shawn Douglas from the Secret Service.

Shawn Douglas worked with eight different presidents, preventing twenty assassination attempts, forty-three terrorist plots, and two bullets. When he was promoted to a desk job overseeing and organizing travel, he picked up on a cryptic email thread that hinted at a threat to the President’s life.

In a race to unravel the conspiracy, Shawn and David both have to make some difficult decisions.

Will Shawn stop the terrorists in time? Will David be able to navigate his startup out of a crisis and keep his entrepreneurial dream alive? Or will fate deal them both a crushing hand? Read the book to find out. 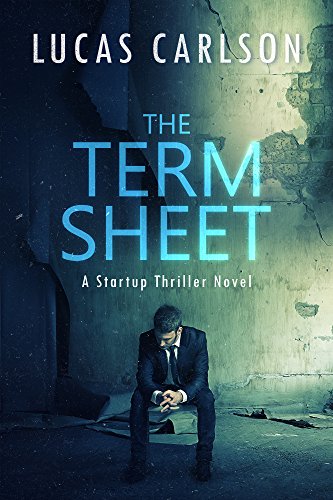