A World Between Two

“…even if extraterrestrials do exist, what would they want with us?” This question posed by Maribelle Selters, Phoenix’s dearest sister, is a terrifying and wondrous one.

During a routine night on her job as a war decimation prevention specialist, Phoenix Selters receives an alarming ultimatum from an extraterrestrial–leave Earth or face the destruction of the entire solar system.

Volkriin, a member of an alien race, sends the transmission to her during Earth’s third World War in 2114. To make matters worse, another alien race also contacts her. The difficult choice she faces could change the fate of the entire universe.

“A World Between Two” chronicles her last days on Earth before her extrasolar voyage as she wrestles with her options. At the same time, she must keep her encounters hidden from those closest to her.

She leaves Earth with her chosen alien ally, journeying into another continuum, all the while hoping to return home safely. What she ultimately discovers beyond all she has ever known holds true for the rest of us as well. 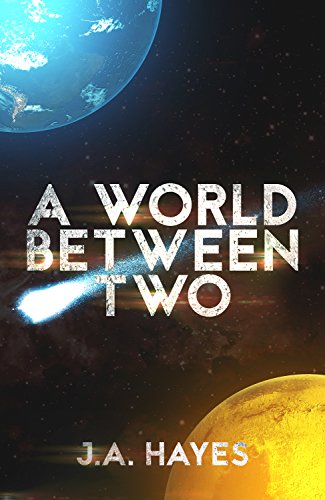